Once long ago there was a war. Nobody is alive who remembers it. But the bodies of fallen mechs, massive and unmoving, remain. Legend are told and retold of these soldiers.You play a group of travelers who walk through this graveyard.

Written for the #sadmechjam. Co-written by Ell Schulman.

Evoking the particular imagination of road-trips, questions of how we remember history, and the tension between the violence and grandeur of mechs, We Pass Under Legends is a poignant and easy to learn collaborative story-telling game that after a time feels almost more like a ritual re-imagining. After all, how many legends already swirl around the world built, born, and forgotten.

This rules set is around 178 words long, and could, I think, should have been more developed before it was released. It’s a good and novel central idea (we need more game that can be played on a journeys), but I think in needs more far more meat on the bone than what is here.

Four things I would have liked to have seen.

Firstly, I would have like to have seen a way of incorporating large structures/landmarks seen on the journey into the narrative with some examples given (in this field…, at that warehouse…, in that lake…, along this road…, under this bridge…entangled in this pylon) rather than just announcing a mech.

Secondly, how about mentioning themes other than giant Mechs? For example; Under this bridge the rebels hid, from the giant flying saucer that seemed to hover above for hours as the aliens deployed there giant electro-lizards to search the area for human forces…OR this warehouse is where the Vampire Queen sent those who were to undergo the special process.

Thirdly, how about where you start describing a structure but stop halfway, letting another player finish off the second half of that structure’s story, this would throw some curved balls into the narrative, and becomes more like a living shared collaborative narrative rather than individual story splinters.

Finally Thirdly, I would have like some sort of point or scoring system to work out a winner, it didn't have to be complex, how about; at the end each player has to announce the story they enjoyed the most. Player with the most votes wins.

While I'm glad you read my game and took the time to comment. I find that most of your criticisms could not have been more misplaced. It was never meant to be more than it was, there was never meant to be a winner. None of the things you have suggested you might want out of the game were things me or my co-writer intended it to do.

It was developed on a short drive back from a hockey game attended by me and my co writer. It is meant to be played in the style of "time passing games" like I-spy or twenty questions. It is intended to be simple to understand, infinitely repeatable, and evocative rather than detailed. It is also meant to be teachable with out printed rules and in a very short amount of time.  Fleshing it out in any of the ways you suggested with be antithetical to the games purpose and intent.

There is nothing on this page or in the game that suggests that me and my co-designer wanted it to be any of things you want it to be. Clearly this game is not for you. And frankly, I find rating a game 1 star because it isn't the game you wanted it to be in very bad taste. I'm not charging anything for this game. You lost nothing but a few minutes reading it, while on the other hand this games rating has been halved  because you happened to want it to be something it's not and is never going to be.

Apologies, perhaps I was a little harsh. I thought it was a very good idea but I did feel disappointed and felt it needed a little more on the page. You did inspire me a little, (hence my suggestions some of which I admit were a little wild). 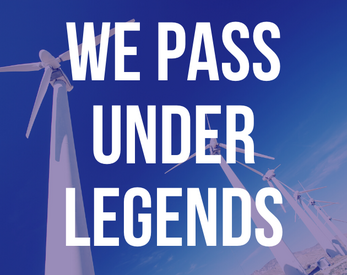